I know!  It's been a long time since I've written on the blog.  For those of you who don't know....I am back in school.  Last spring I was accepted to a two year Interpreter Preparation Program for American Sign Language.  They accept up to 10 students each year and we learn together in a co-hort for the next two years.  I knew the days would be long and that it would be difficult work but I had NO idea that it would be this much work.  There was no time for baking, not even for clients.  Luckily I am on winter break and I have time to catch up on my baking (and sleeping, housework, excercise, etc)! 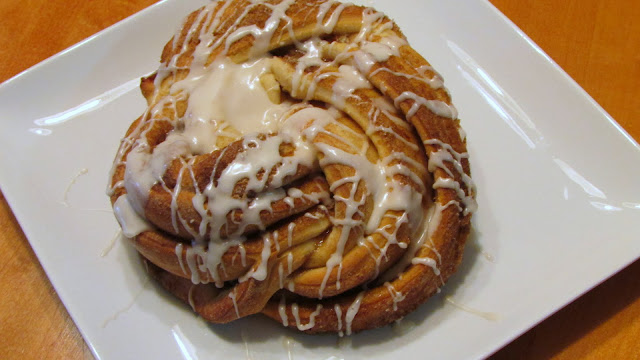 This yummy treat was my first venture back into the kitchen.  The boys were begging for cinnamon rolls and I wanted to do something a little different.  So I took a cinnamon roll recipe and rolled it up but instead of cutting it into individual rolls, I cut it lengthwise and twisted it up to make this beautiful wreath.  The recipe is actually makes two wreaths. 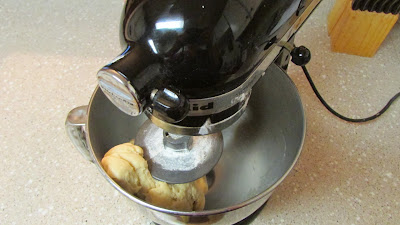 This is no more difficult than making any other yeast dough.  You can use my recipe or use your
own if you have one that you absolutely love. 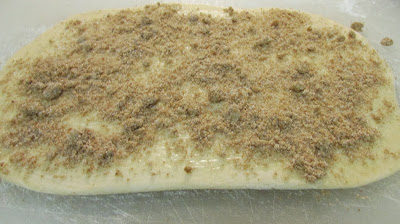 I filled mine with cinnamon sugar but you could add nuts, dried fruit or anything else that you could add to the filling of a cinnamon roll.  I was tempted to try chocolate chips but was worried it might be a little too messy. 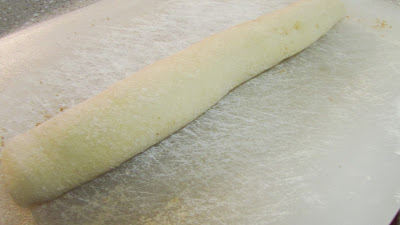 As you can see above, you roll it up just like you do with cinnamon rolls. 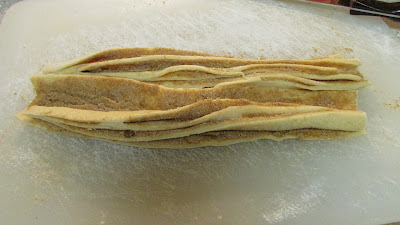 Next just cut it lengthwise down the center and fold the two halves open next to each other.  Procede to braid the two halves and then  pinch the ends together and form a wreath. 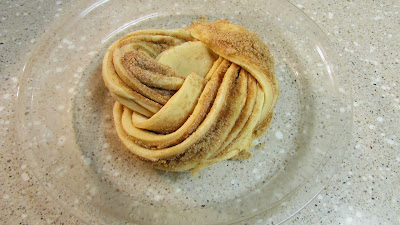 Let it rise again for another 30 to 60 minutes and then bake! 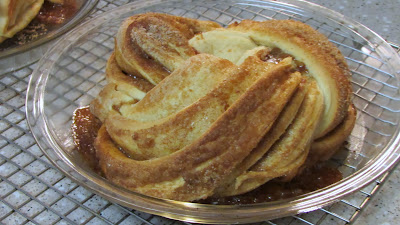 Honestly, this would be delish with or without the glaze, but my boys wouldn't dream of eating a cinnamon roll without the glaze.  I myself would have prefered a cream cheese glaze but once again....
I am not the boss in the house when it comes to baked goods! 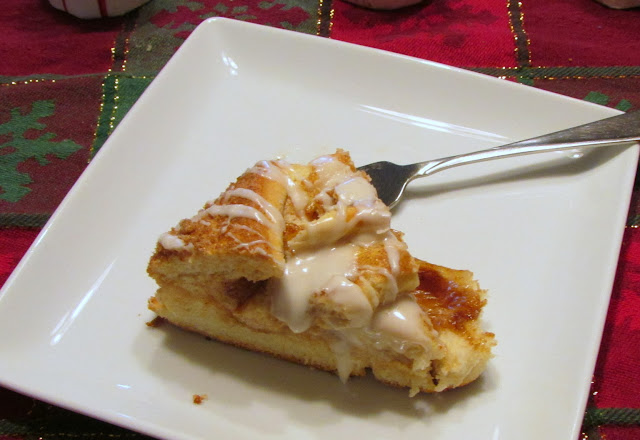 Slice it into wedges to serve.  We had ours on Christmas morning
(I only got a small slice before the boys gobbled it all up)! 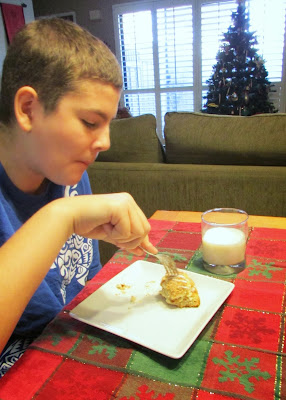 Instructions:
Disolve yeast in milk in the bowl of an electric mixer.  Let stand for 5 to 10 minutes until it starts to bloom.  Using a dough hook begin to add your ingredients with the mixer on low. Slowly add the flour until completely combined.  Add flour 1 tablespoon at a time if too wet or water 1 teaspoon at a time if too dry.  Turn the mixer up to medium and mix until the dough is smooth, about 5 more minutes.  Place dough into a large buttered bowl and cover (I cover mine with a dish towel) and place in a warm space to rise until doubled, about 1 hour.  When dough has risen to double, remove from bowl and divide in half. Cover each portion with plastic wrap and let rest 10 minutes.

Roll first half into a 9 x 14 inch rectangle. Spread with half the butter. Sprinkle with half of filling mixture and press it gently into the dough. Starting at long side, roll up jellyroll style, making sure to keep the roll tight.  Pinch seam to seal.

Slice roll in half lengthwise. Place halves side by side, with cut surfaces facing up. Moisten one end of each portion with wet fingers. Push the ends together to join the two pieces of dough. Twist pieces together; shape into a ring and fit into a greased 8 or 9-inch pan. Moisten ends and press to seal.

Repeat process with other half of dough and filling. Cover and let rise in warm place until almost doubled in size, another 30 to 60 minutes.

Bake for about 20 minutes, or until golden brown. Let stand 3 minutes and transfer to serving platter with spatula.

Mix icing and drizzle over both of the wreaths.  Slice into wedges and serve!

Recipe shared on:
My Turn For Us - Freedom Fridays
Posted by Baker Becky