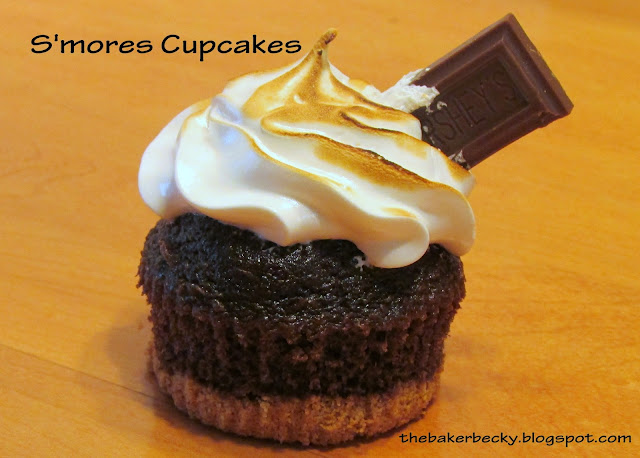 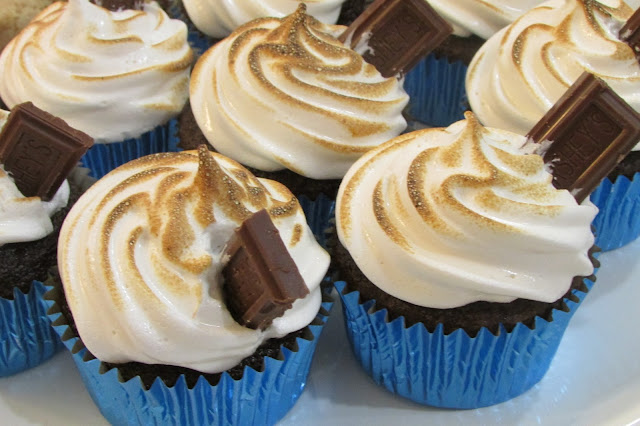 You may have noticed I have a little case of s'mores addiction.  I'm not sure what gave it away....was it my S'mores Cookies?  My S'mores Whoopie Pies?  My S'mores Pop Tarts?  I have even made S'mores brownies but those haven't been photographed and placed on the blog yet. 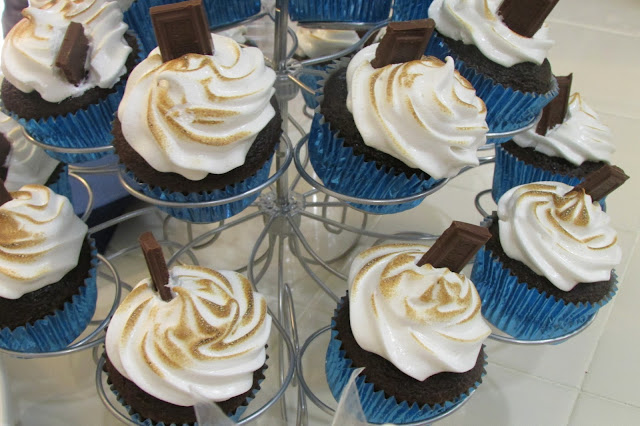 Maybe I need to find a 12 step program for S'mores to go along with my 12 step program for Swiss Meringue Buttercream.  The problem is really not that bad yet, but I can see how it may escalate in the future!  Actually, I'm pretty sure it's not all my fault....I blame the kids.  They are the one's always begging for S'mores!  Yep, that's it, it's the kids fault! 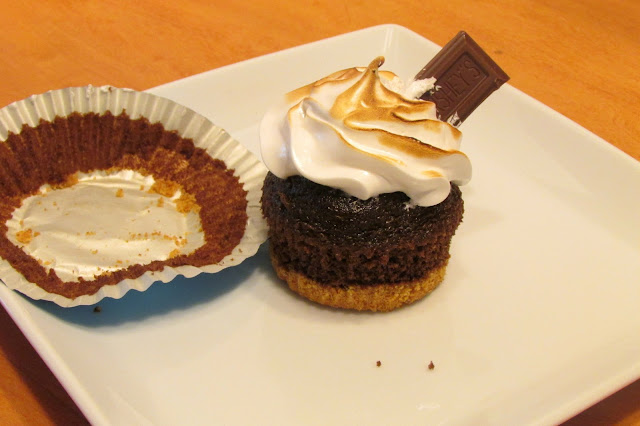 I used Martha Stewart as a guide for these cupcakes, modified a bit, but only to suit my own taste (and possible laziness).  These are delicious with their graham cracker crust, fudgy chocolatey cupcake layer and that super yummy toasted marshmallow frosting on top!  Doesn't really get much better than that! 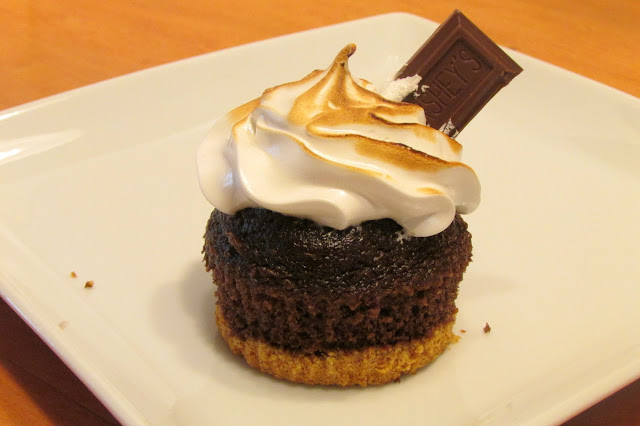 You can use the kids as an excuse to make these yummy cupcakes, use the National S'mores Day as an excuse, or just admit it....you are making them because S'mores are awesome!

Sift sugar, flour, cocoa powder, baking powder, baking soda, and salt together into the bowl of an electric mixer. Using the paddle attachment, mix ingredients together on low speed.

Fill the cooled muffin cups 3/4 with batter and bake for 14 minutes or until toothpick comes out clean.  Cool on rack.

Place egg whites, sugar, and cream of tartar in the heatproof bowl of an electric mixer. Set over a saucepan with simmering water. Whisk constantly until sugar is dissolved and whites are warm to the touch, 3 to 4 minutes.

Transfer bowl to electric mixer fitted with the whisk attachment, and beat, starting on low speed, gradually increasing to high, until stiff, glossy peaks form, 5 to 7 minutes. Add vanilla, and mix until combined.

Transfer marshmallow frosting to a pastry bag fitted with the tip of your choosing.  Pipe frosting onto cupcakes.  Using a kitchen torch, lightly brown the frosting. Stick a square of Hershey's into each cupcake for decoration and serve immediately.